Home › Events
Please familiarise yourself with the forum, including policy on feature requests, rules & guidelines 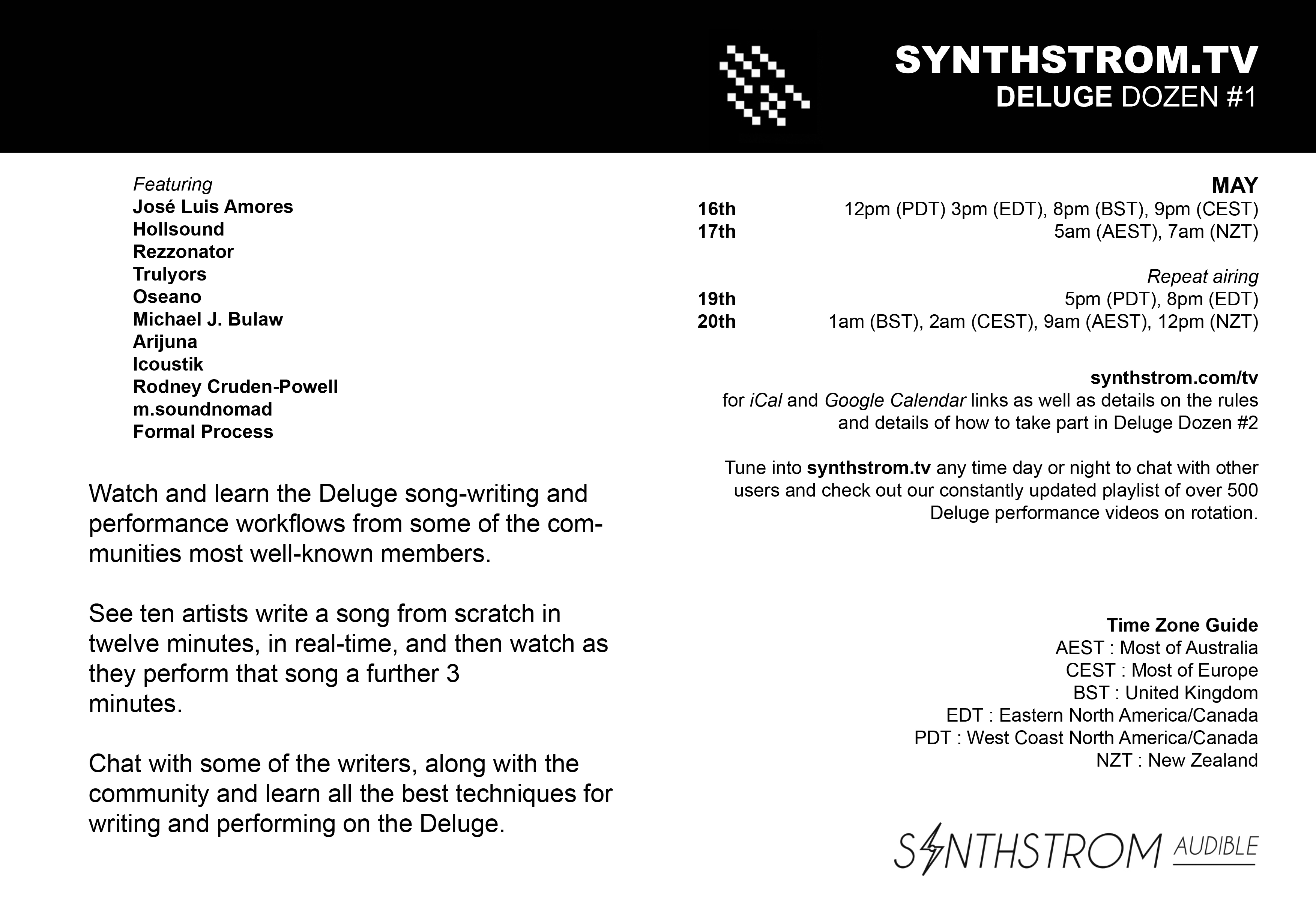 Watch and learn the Deluge song-writing and performance workflows from some of the communities most well-known members.

See ten artists write a song from scratch in twelve minutes, in real-time, and then watch as they perform that song a further 3 minutes.

Chat with some of the writers, along with the community and learn all the best techniques for writing and performing on the Deluge.

Details on the rules and details of how to take part in Deluge Dozen No.2 are here