Home › Deluge Help
Please familiarise yourself with the forum, including policy on feature requests, rules & guidelines

Will Middle of NowHere, CanadaPosts: 236
July 2020 in Deluge Help

Just arrived: a Joué controller for my Deluge!!!!!!

I had plugged a velocity sensitive keyboard into it a while back - totally gave me a new appreciation of the Deluge, and I'm using it for an art project which has limited performance space, so I was looking for something cool as a controller.

The Joué is similar to the Sensel Morph, with a smaller footprint/form factor.
It's a lot cheaper than a Linnstrument, but with a somewhat similar playing experience.
(you'll need to buy their special MIDI cable as well)

I'd highly suggest that any of you who require a bit more expression give it a look....
Not cheap - because it's really well made, of great materials, in France

I bought the pro board (video below), but there's also a less expensive version on Kickstarter... 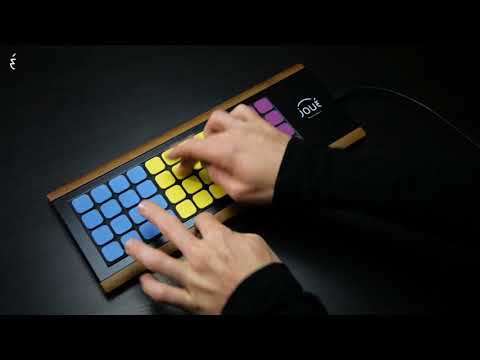