Drums can be Off Time when Shift Switching tracks.

An interesting way to do "drum solos" etc is to have multiple similar tracks, and quickly switch between them with the Shift key!
( Another reason I'd like to be able to Latch the Shift Key. ; - )

Often times it works as expected, but occasionally it moves the timing of the drum a bit? Which doesn't sound quite right.

It would be best to keep the timing rock solid. If a note start is missed, it just isn't played, rather than being played off time.

You can hear what I'm talking about at 1:10 in this video. 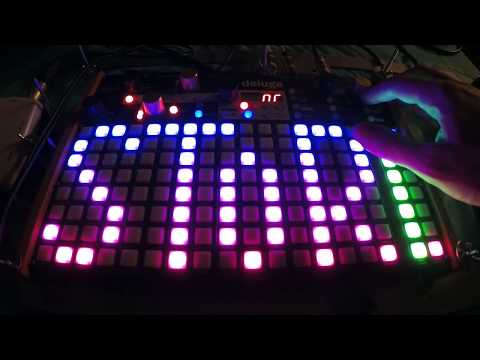